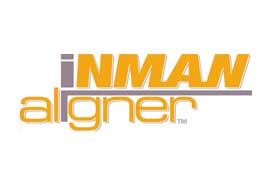 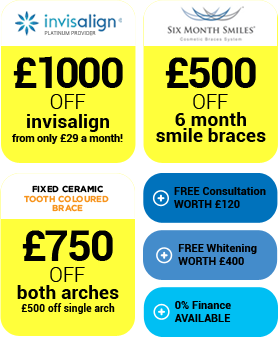 The Inman Aligner is a removable dental fitting that can straight the front teeth safely and quickly. It is recommended as a standalone treatment or to prepare your teeth for another cosmetic procedure, such as the fitting of minimal veneers or bonding. We offer Inman Aligner fittings in Cheadle Hulme, Manchester – speak to us today. 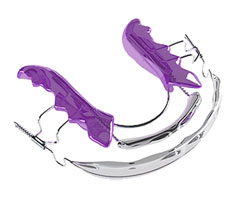 How an Inman Aligner Works

The Inman Aligner uses a nickel-titanium coil spring that supports two aligner bows that are positioned opposite each other, gently pushing the teeth to a straighter file. Despite exerting minimal pressure, they can still cause a relatively significant movement among the target teeth. This is how Inman Aligner shows quick results.

You will have a better glimpse of how the aligner bows work on pushing the front teeth by looking at the image below. The inner aligner bow pushes the teeth forward, while the outer bow pulls the other teeth back. 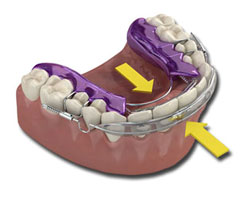 Expected Duration of the Treatment

Usually, an Inman Aligner show results in 6 to 18 weeks. You will know what to expect from the treatment from your dentist, who can give you a more realistic estimate of its completion. But in most cases, the Inman Aligner gives quicker results than your typical orthodontic treatments in Manchester.


What to Expect from the Inman Aligner

What the Inman Aligner Can Help You With

Watch What Happens When You Use the Inman Aligner

If you want to customise your smile and stop being embarrassed by gapped, crowded or protruded teeth, do something about it. Correct the rotation of your teeth and align them properly. Stop worrying about how much damage the preparations for veneer fitting your teeth might incur. At Cheadle Hulme, Manchester we strive to give you the best possible treatment.

Crowding in the Upper and Lower Teeth

These are the teeth of a 33-year old man, which were straightened and corrected by the Inman Aligner in a matter of four months. As you can see, he also got whiter teeth and enjoyed the fact that they are easier to maintain.

Crowing in the Upper Teeth

The young woman’s teeth above were aligned after wearing the Inman Aligner for 7 weeks. Now, no one can stop her from smiling fully and letting her confidence in her pearly whites show.

The lady’s teeth above were a result of 10 weeks of Inman Aligner fitting to correct the gap between her front teeth and pull back her protruded teeth for an alignment. Her teeth also underwent whitening and boding, which obviously turned her into a satisfied and confident patient.

These protruded teeth were corrected by the Inman Aligner in just 4 months. They were also whitened and contoured, all to the delight of the lady patient.

The teeth above were straightened when the man wore the Inman Aligner for 10 weeks. They were also whitened for optimal results, which the patient was definitely happy about.

Crowding in the Upper and Lower Teeth

The Inman Aligner was used to straighten the upper teeth for 8 weeks. It also straightened the lower teeth in just 6 weeks! Composite bonding and teeth whitening were added for the ultimate dental makeover.

These teeth were aligned using the Inman Aligner in just 11 weeks. They were also restored and whitened using composite bonding to the satisfaction of the lady, who is now prouder than ever to show off her new smile.

This lady was looking for a quick orthodontic option and found the Inman Aligner. This was also ideal in that it was a removable treatment. The “after” effect on her teeth happened after 9 weeks!

After wearing the Inman Aligner for 11 weeks, this woman’s teeth were perfectly aligned. The spaces in between her teeth were filled after the front teeth were pulled back, giving her a lovely smile.

Crowding of the Lower Teeth

In just 10 weeks, the Inman Aligner has corrected this young woman’s crowded upper teeth and spent 12 weeks correcting her crowded lower teeth. They were also whitened for an impressive result, which satisfied her immensely.

Crowding of the Lower Teeth

This man’s teeth were first expanded to create enough space between the teeth before the Inman Aligner was fitted for alignment. Afterwards, his teeth were whitened and composite bonded, making him an extremely proud patient.